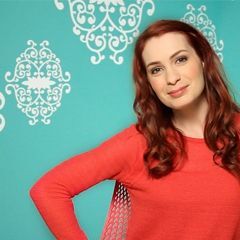 Felicia Day is one of the founders of Geek and Sundry. She is an accomplished actress, writer, producer, singer, violinist, and all-around awesome person.citation needed

Retrieved from "https://geekandsundry.fandom.com/wiki/Felicia_Day?oldid=4545"
Community content is available under CC-BY-SA unless otherwise noted.